Briefing 42: Incomes increased for the richest last year, but fell for everyone else 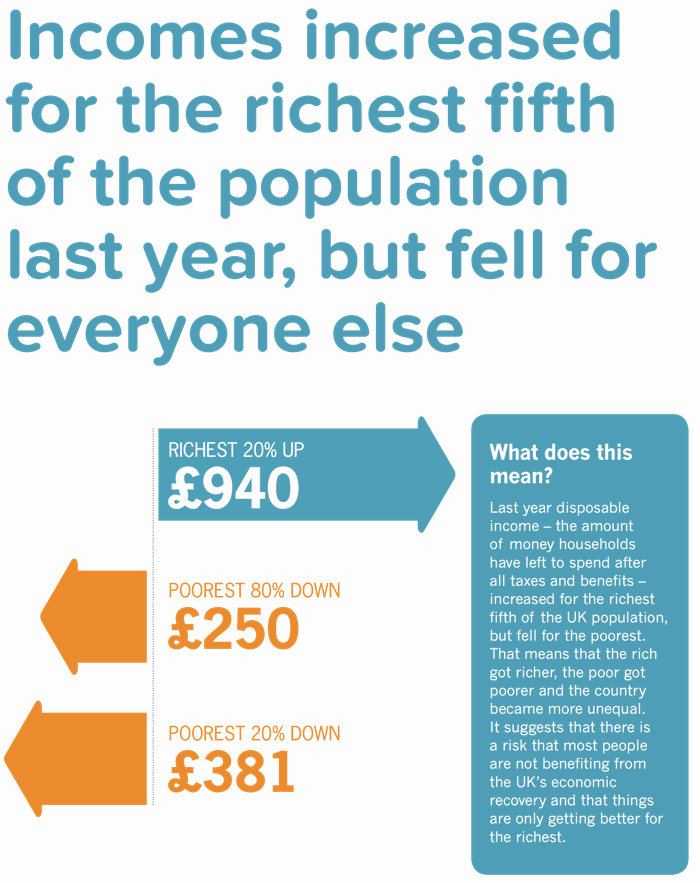 This data compares the ‘equivalised disposable household income’ for 2011/12 and 2012/13. It was published by the Office for National Statistics as part of ‘the effects of UK tax and benefits on household income 2012/13 study.’ ONS have found that the recession did have a small effect on reducing inequality, but it now looks as though inequality maybe set to increase. The figures are available online via http://www.ons.gov. uk/ons/publications/re-reference-tables.html?edition=tcm%3A77-333039