Briefing 58: The richest get richer, the poorest get poorer

When taking inflation and spending habits into account alongside incomes, standards of living have declined for the poor but improved for the rich 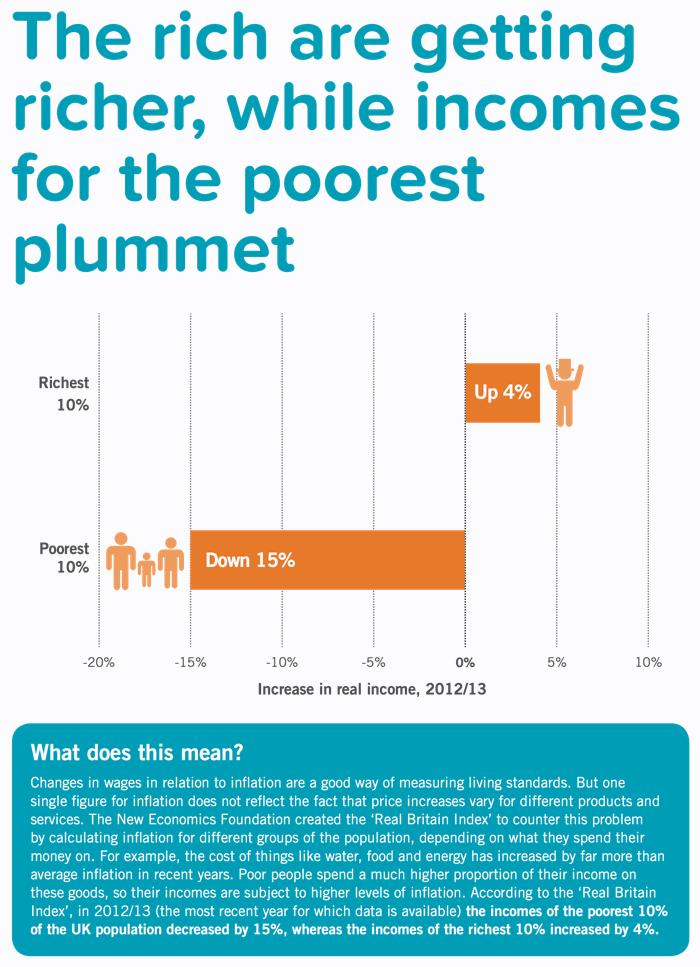 Explaining the data: These figures were calculated by the New Economics Foundation (NEF) as part of their ‘Real Britain Index’ - http://www.realbritainindex.org/. NEF calculated a more detailed inflation figure for each decile (group of 10%) of the UK population from richest to poorest, based on their spending habits (for example, the poorest decile spend a higher proportion of their income on food, so are hit harder by food price increases, but are less likely to be affected by changes in the cost of luxury goods). NEF then used these inflation figures to calculate the year-on-year change in the incomes of each decile. Since the data used in this infographic was published, inflation has fallen, giving hope that real incomes of poorer households will rise. But this will also depend on factors such as low pay and cuts to social security.