Briefing 56: the gap between the richest and poorest region in the UK is the biggest in Europe 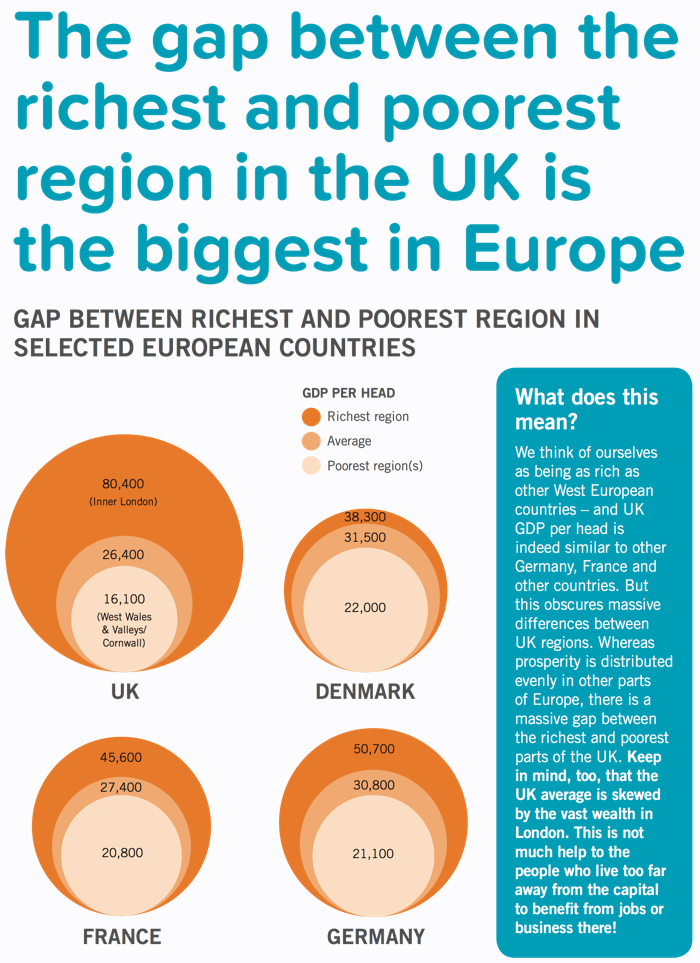 These figures are taken from data compiled by Eurostat, the data agency of the European Union. Although we have only shown figures for a selection of countries commonly compared with the UK in terms of equality and economic success, there is no other country in the whole of the EU where the richest region is nearly 5 times as rich as the poorest. The currency used by Eurostat is the ‘Purchasing Power Standard’, an economic measurement that accounts for differences in the value of different currencies, as well as the different costs in different areas.  Full data is available from http://ec.europa.eu/eurostat/tgm/table.do?tab=table&init=1&language=en&pcode=tgs00005&plugin=1