Briefing 24: The people who need the least help, get the most 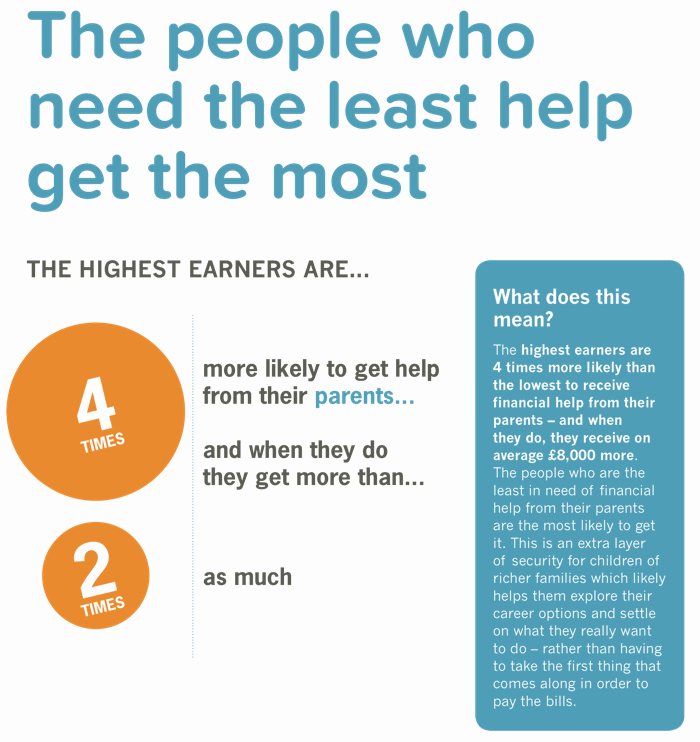 The Attitudes to Inheritance Survey carried out in 2004 surveyed 2,000 people about their experiences of and attitudes towards inheritance. Overall 24% of people reported having received a “gift worth £500 or more” from their parents at some point in their lives. Removing the effect of age differences, the predicted probability of people in the highest income group (those earning £52,000 a year or more) having received a transfer was 48%. The predicted probability for those in the lowest income group (£5-10,000 per year) was 12%.Looking just at people who had received gifts, people in the highest income category on average reported receiving a lifetime total of £16,067. For people in the lowest income category this figure was £7,739.