Briefing 49: The poorest 80% of the UK population have seen their share of incomes fall since 1979

The richest are steadily pulling away from everybody else 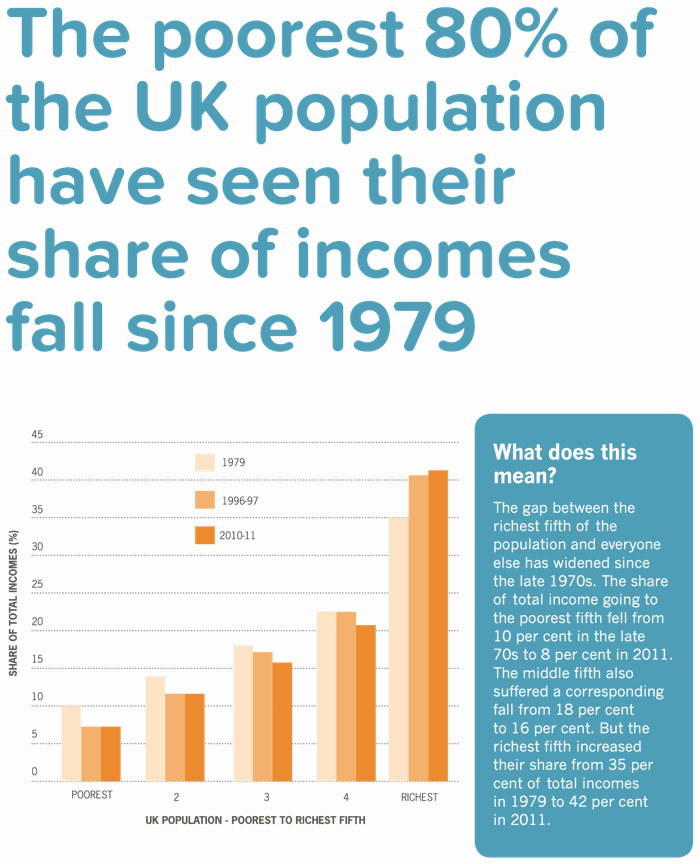 This chart is taken from Professor John Hills’s book 'Good Times, Bad Times: the welfare myth of them and us' published by ‘Policy Press’ in November 2014 The figures are taken from earlier analyses by Jenkins SP and Cowell F 'Dwarfs and Giants in the 1980s: Trends in UK income distribution' (1993) and Adams N, Carr J, Collins J, Johnson G and Matejic P, Households Below Average Income: An analysis of the income distribution, 1994/95 to 2010/11(2012).